Behavioural disorders like ADHD are fairly common among children—so common, in fact, that any irregular or problematic behaviour is usually assumed to be the result of a psychological disorder, and frequently diagnosed as such.

In some cases, however, it's difficult for a doctor to diagnose a specific problem. In others, there's a chance your child may be diagnosed with a condition when, in fact, there are other things causing issues with their behaviour.

A misdiagnosis of ADHD is possible if your child has problems with their eyesight. Difficulty with seeing properly can lead to odd or difficult behaviour. Look out for the following things if you think this could be what's going on with your child.

What seems like a lack of ability to concentrate could, in fact, be difficulty seeing properly. When a child finds it difficult to see the writing in a book clearly enough to read, they're not going to want to sit and struggle with it; they're more likely to give up quickly.

The same goes for paying attention to boards and slides at school, and even watching television. Talk to your child about why they seem unable to focus for long, and you might find there's a vision problem.

Many children are clumsy to a certain extent, and for some, this lack of coordination is bad enough that it could signal an impairment of some kind.

For others, though, it might just be that seeing well enough to perform certain tasks is too difficult.

Children who aren't able to see clearly can find it very frustrating. They're not as good as adults at describing how they feel or talking about the underlying problems, so they frequently go straight to bad behaviour.

Try to remain calm if your child is acting out, and find out what might be causing it, beyond the obvious things.

Although it might seem like your child is full of energy and unable to keep calm or behave well, it's sometimes related to the apparent lack of concentration described above.

Children need constant mental stimulation, and when they're unable to get it through normal means, this can result in their busy minds causing all sorts of hyperactive behaviour.

All of the different behavioural signs of poor vision described here, whether on their own or combined, are likely to have an impact on schoolwork.

If your child's performance is getting worse, this can be a particularly strong sign of an oncoming sight problem, especially if they've already been assessed for other potential causes.

If you think your child has vision problems, contact an optometrist to schedule an eye test. 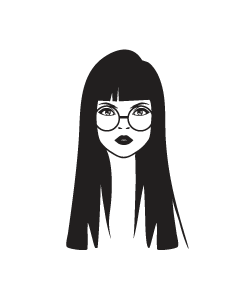 Hello! My name is Leah and this is my blog which will explain everything you need to know about how your eyes work, how you can care for them and what you should do if you have pain or problems with your vision. When I had trouble seeing, I didn't know what to do. For a long time, I just put up with it. In the end, my mother told me I should go and see an optometrist, so I did. I had an eye exam and I was fitted with a pair of glasses which allow me to see perfectly.